Amalia Kargopoulou, a skillful professional with a strong background in exports and administration, has joined the team as a Business Manager. In the work of ORamaVR, she channels her passion for human development. She holds a MA in Conflict, Security and Development (War Studies, King’s College London) and a BA in Political Science (Aristotle University of Thessaloniki). 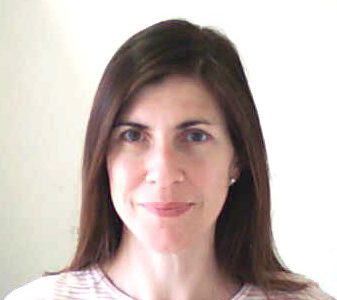 Dr. Maria Pateraki is a researcher in the converging areas of Computer Vision and Photogrammetry with an established track record of developing vision systems for real-world problems. She has R&D experience in industry, research institutes and academia with participation in more than 25 EU, international and national funded projects and her research focus is with respect to 2D/3D object extraction and tracking, 3D pose estimation, 3D reconstruction and image matching. She obtained her Ph.D in Photogrammetry from the Swiss Federal Institute of Technology in Zurich (ETHZ) in Switzerland in 2005. Since 2008 is a Associate Researcher at the Computational Vision and Robotics Lab in the Institute of Computer Science of the Foundation for Research and Technology-Hellas in Greece. Prior to this post she has been a research associate at the Geomatics Department of the University of Melbourne and the Cooperative Research Center for Spatial Information (CRC-SI) in Melbourne, Australia and a postdoctoral fellow at the Aristotle University of Thessaloniki, Greece. She has also been a visiting assistant professor at the Computer Science Department of the University of Crete, Greece (2012-2014) and a visiting lecturer and postdoctoral fellow at the Aristotle University of Thesaloniki (2006-2007).

Dr. Antonis I. Protopsaltis is a computer scientist specialized in computer graphics and computer-aided design (CAD). He obtained his Ph.D. in Computer Science at the University of Ioannina-Greece in 2010, his M.Sc. (Hons) in Computer Science (Software Engineering) and his B.Sc. (Hons) in Computer Science in 1996 and 1994 respectively at Concordia University in Montreal-Canada. He is a Special Teaching Fellow of Computer Graphics with the department of Electrical and Computer Engineering at the University of Western Macedonia, Greece and Affiliated Research Fellow at the Laboratory of Mechanical Systems in department of Mechanical Engineering at the same University. He has conducted research on Geometric Modeling Methods for Reverse Engineering of Scanned Objects using Curves, Surfaces and Discrete Models (triangulations and point clouds), based on Geometric Constraints of Cross-Sections. His research interests are in the areas of Computer Graphics, Geometric Modeling of 3D objects, Reverse Engineering of 3D objects, Computer Aided Design – CAD. He has actively been involved in several Greek or European funded research projects in these areas. He is a reviewer for international scientific journals of high impact. He has been employed as lead computer graphics programmer in the industrial sector.

Manos Kamarianakis is a mathematician researcher that specializes in Computational Geometry. He got his PhD in Applied Mathematics from University of Crete, where he studied the Voronoi Diagram of 3D spheres. He also holds a M.Sc. (Hons) in Mathematics from University of Crete, with specialization in Applied Mathematics, mainly concerning various types of Algebra and their applications as well as the design and analysis of algorithms. In the same University, he also obtained his 2 bachelor degrees, both in pure (Hons) and applied mathematics (Hons). During his studies, he got multiple scholarships for his performance as an undergraduate and graduate student. An Onassis foundation scholarship was granted to him in order to obtain his PhD. Currently, he is a post-doctoral researcher in the Department of Mathematics & Applied Mathematics and a developer in OramaVR, where he focuses in applications of Clifford and higher-dimension algebras.

Ioanna Kartsonaki has a BSc in Computer Science from University of Crete, with great focus on computer graphics. Her undergraduate thesis is  about VR computer graphics running on low-energy hardware.  She has gained industry experience in Front-end web development. She is heavily interested in Virtual Reality User Experience.

Giannis Evangelou is an undergraduate student and researcher in Computer Science Department University of Crete, specializing in game design and computer graphics. His current focus and passion lies on Lighting and VR Content Development.

Achilles Apostolou is a student in the Computer Science Department of the University of Crete specializing in Computer Graphics. Having always been interested in 3D Graphics and Digital Arts, he is currently focusing on 3D Modeling, Animation and VR Content Development. 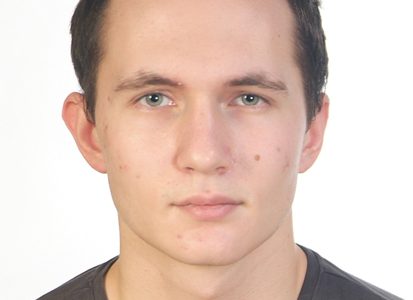 Michael Dodis is studying Computer Science in the University of Crete. He first came into contact with programming through Unity, then went on doing lower-level projects with computer graphics. He is currently working on the Networking side of interactive VR applications.

Flora Fyka is a student in the Computer Science Department of University of Crete specializing in Computer Graphics. She is actively involved in VR Interaction Systems and her main point of interest lies on real-time grasp pose generation for virtual hand and VR Content Development.